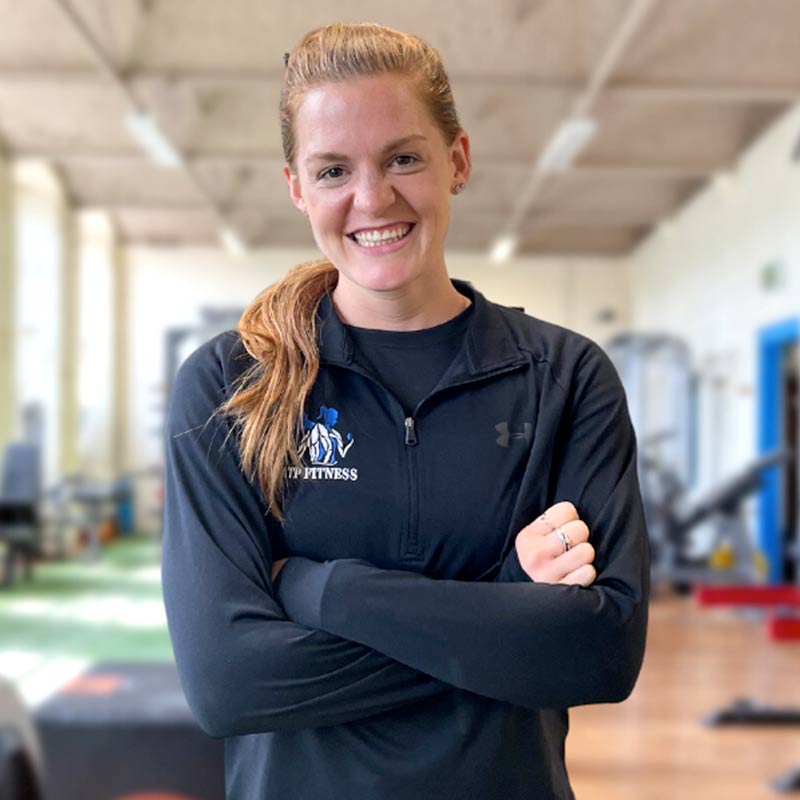 “I first stepped into a gym with my freshman year, college roommate. Up until that point, dance had been the backbone of my being; occasionally, I was part of school swimming and tennis teams. Needless to say, I had always maintained an active lifestyle (especially in comparison to today’s youth). Never before had I run on a treadmill, lifted anything other than my own bodyweight (rackets don’t count!), or thought about what a macro was and how it pertained to my nutrition. Naturally, the more I went to the gym with my roommate, the more I felt we bonded and the better I felt about myself!

When I moved to New York City in 2014, the gym took a backseat as I adjusted to the budgeting of a newly graduated dancer trying to “make it big” in the Big Apple. For a while I was doing well! Enjoying runs outdoors and fervently trying to beat my personal best for pushups and planks in my bedroom. Once the colder months hit, my restaurant job took over, and so did the weight gain. It was inevitable, and almost necessary as my once willowy frame really did need some extra insulation.

I landed my first contracted performing gig at a theme park; six shows a day, three to six days a week depending on the season. Being back in a higher level of activity meant my stamina built back up and I felt some energy returning to my body that NYC had seemingly depleted me of! The momentum of my theme park job pushed me onto cruise ships, where maintaining physical appearance as well as strength were equally paramount. I was rearing and ready to take full advantage of my first time at sea, and I have to say it was life changing! I made the best of friends, got to perform across the seas and around the world, trained heavily in ballroom and Latin dance. What else did I come home with? A very upset gut microbiome. Months onboard, not knowing how to utilize resources to make healthful meals for myself, being in unfamiliar countries with unfamiliar foods- it all stacked up in my gut. I had no idea what was going on; moreover, I didn’t know how to reverse it either! I spent the next audition season trying to heal my gut, trying to get booked for the next gig, and trying to keep my sanity in tact.

I encountered my first injury at 24. I chose to do what I could to keep my strength up, so that the minute I was cleared to return to dance I would be strong enough for that moment. While movement had to take a backseat, I knew that my nutrition would be paramount in healing my body and coming back just as strong and energetic as the last time I had stepped onstage. I found that eating a large variety of fruits and vegetables, whole grains, full fat dairy, and lean protein kept me going so that I was avoiding not only losing muscle mass and alignment, but my gut wasn’t suffering from such long days of…sitting! Four weeks later I was back, with some residual pain, but still able to hold my own and perform. It’s one thing to “get back into shape” after a break; it’s another thing entirely to “get back into shape” when you’re halfway through your contract and needing to jump right back in at the same level as your fellow performers.

Strength training would further come in handy when, on the following ship contract I was assigned to, I was assigned to the “specialty dancer and aerialist” category. Climbing silks and flying around holding onto a partner in the air proved another test of my own willpower and credibility. Another facet of the importance of being stronger than your show was right before my eyes, and in my hands, many many nights on stage! I was equally grateful for the knowledge I had given myself in nutrition; what works for my body, what doesn’t, what to come prepared with as I headed for another stint at sea. It was a much more pleasant experience than the first time around.

Needless to say, there have been countless times in my performing career where I have thanked myself for knowing I need to pull my own weight, and training as such. This inspired me to pursue my personal training certification through the National Academy of Sports Medicine (NASM) in 2018. Furthermore, in the spring of 2020 I became a BTEC certified nutrition coach through the Irish Institute of Nutrition and Health. The biggest lesson I learned? One size truly does not fit all. Except in a feather boa you frantically grab after quick change #3 of seven in that one show….

The coordination of strength, stability, clean fuel, and mindful appreciation for what makes my body sing (and dance, for that matter!) is what led me to where I am today. You need to be stronger than your show; you need to prioritize yourself so that you are ready for whatever life brings you on a daily basis.”

This website uses cookies to improve your experience while you navigate through the website. Out of these, the cookies that are categorized as necessary are stored on your browser as they are essential for the working of basic functionalities of the website. We also use third-party cookies that help us analyze and understand how you use this website. These cookies will be stored in your browser only with your consent. You also have the option to opt-out of these cookies. But opting out of some of these cookies may affect your browsing experience.

Any cookies that may not be particularly necessary for the website to function and is used specifically to collect user personal data via analytics, ads, other embedded contents are termed as non-necessary cookies. It is mandatory to procure user consent prior to running these cookies on your website.

SAVE & ACCEPT
Go to Top